“… this movie is I feel more real, and more revelatory of being a human being than any documentary about the subject could ever be….” 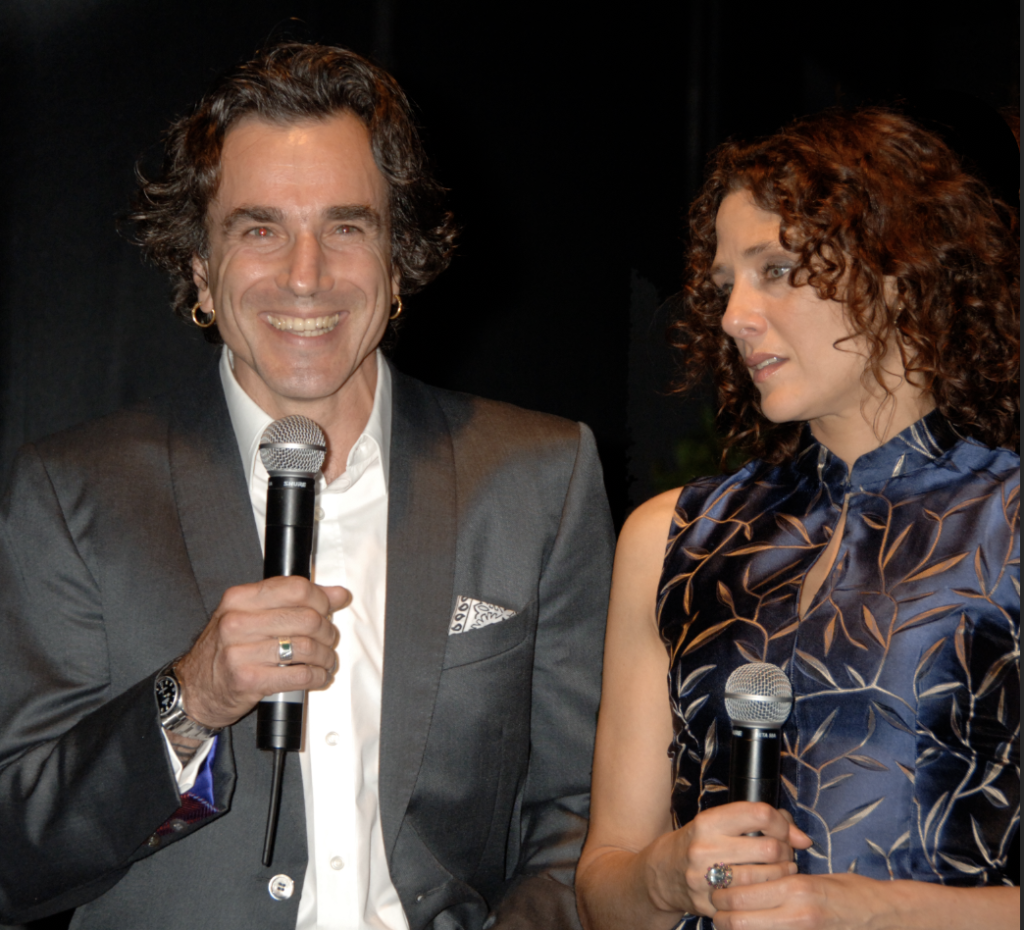 Rebecca Miller: “…. this is a film that inspired me very much; I think it influenced me a lot as a filmmaker. I was thinking about….how fascinated we all are by reality TV and also documentaries and… this movie is I feel more real, and more revelatory of being a human being than any documentary about the subject could ever be….”

Daniel Day-Lewis: “… I just want to say a few things about Ken Loach…. to me he seems like the ultimate humanist. And his politics are really entirely born from this absolute love and identification for the people that he’s telling these stories about….. In 1965, or ’66 he made two….. docu-dramas. By this time the skeptical British Press had a term for everything: “Kitchen Sink”, which was really a derogatory term for something that was actually very important that was going on….and he filmed in real locations…. and he often-which he continued to do for the rest of his life chose non-professional actors to work in the film….

….I was eleven and twelve years old, and two films appeared which utterly changed my life. In 1968 Lindsay Anderson’s film, If came out…. Then in 1969 KES came out… And, I had been to boarding school, it’s very similar to the school you’ll see tonight….. These schools were basically wastelands – they were designed to perpetuate this system which kept those who should serve in their place and allowed those who should rule to rule…. there was no real education of the children…. Ken Loach’s rage which is so intent by humor, compassion, and love for these people he tells stories about, is absolute personal understanding that most people designated in this place in society cannot rise…..

….What I saw was a film that was utterly pure. It had a truth to it that I had never seen before on the screen. I didn’t know what it was, I had no aspirations in the cinema, or in the theatre at that time, but I knew it was something that was going to remain with me forever-the power of that film. And David Bradley was actually haunting in that film…. I can picture his face now and the images in this film that I saw when I was twelve years old. And I knew that it was opening me up in a way, which was something that could never be taken away. ….”

“… this movie is I feel more real, and more revelatory of being a human being than any documentary about the subject could ever be….”

KES (1969) directed by Ken Loach, is one of his most affecting films, examining the themes of social and spiritual poverty, along with the struggle for the attainment of individuality. Based on the book by Barry Hines, “A Kestrel for a Knave”, KES won the 1970 British Academy Award, as England’s best film of the year.

A realistic and moving portrayal of the difficulties of life for a youngster growing up in the industrial North of England, KES focuses on a young boy Billy Casper (David Bradley), an individual who is a failure academically and is in a perpetual state of victimization. Casper’s catharsis in the film comes with the training of the titular kestrel, which leads him through a personal journey to the discovery of his self.