“I went to him with this idea that I had, called: The Last Movie. It was something that I had experienced during Durango Mexico when I was in a film with John Wayne.” 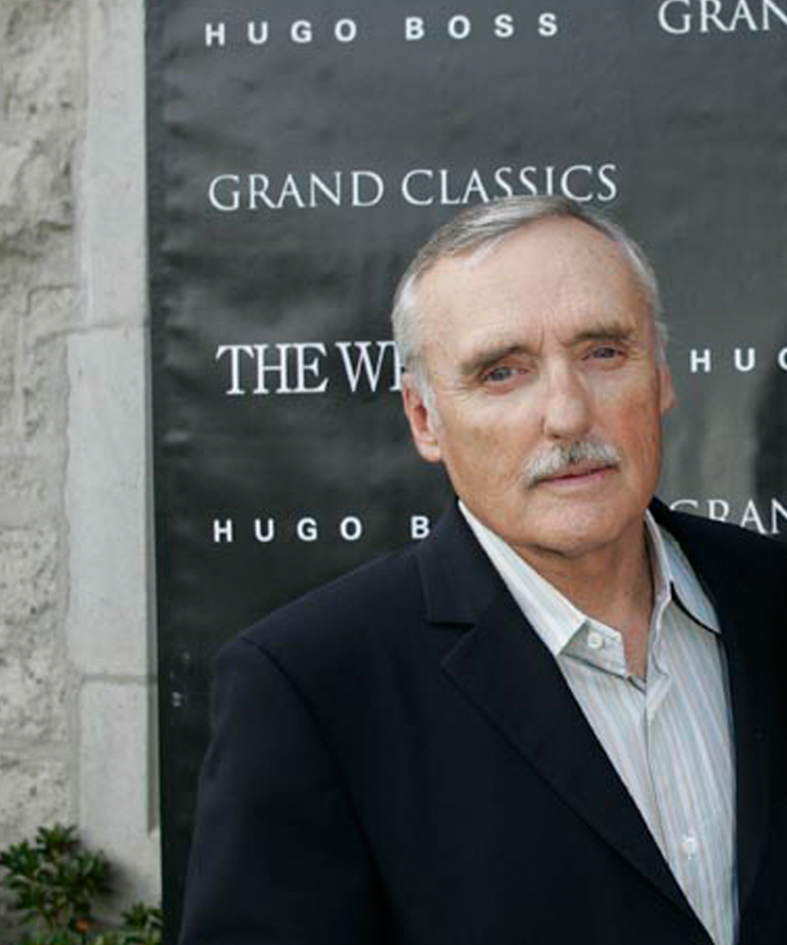 “This film has a very strange history… this is a film that Stewart Stern who had written Rebel Without a Cause and who wrote The Ugly American, was a friend of mine, and I went to him with this idea that I had, called: The Last Movie. It was something that I had experienced during Durango Mexico when I was in a film with John Wayne. And, I had noticed that they had built the sets on places where real people lived… They had the real church there, and the movie set church…. It was a beautiful screenplay and I wanted to do it as my first film. Then I made Easy Rider… upon having finished the distribution of Easy Rider, I went down to Peru, and filmed it in Peru… I took my friends down… and it’s really a metaphor for a lot of things. It’s very personal….

It was taken to the Venice Film Festival in 1971 and won… So I came back to Universal, and I said, I won the Venice Film Festival, and so they said, Well, we must have paid for it. So they called New York, and they found out that they didn’t buy it for me. So, Wasserman looks at it, and is convinced that they put the wrong reel on. So the film is never distributed. ….A year later, Universal calls me, and they tell me that…. they would like to make a television show out of the outtakes…. and I said, I will do that if you give me one hundred percent of my movie, so that happened… and I’ve done absolutely nothing with it. But anyway, that’s the story.”

“I went to him with this idea that I had, called: The Last Movie. It was something that I had experienced during Durango Mexico when I was in a film with John Wayne.”

In 1970 Dennis Hopper made a very special movie with some of his friends: Kris Kristofferson, Peter Fonda, Michelle Phillips, Dean Stockwell, Sylvia Miles, Samuel Fuller and Henry Jaglom. The film took First Prize at the Venice Film Festival and has not been seen since.

The Last Movie concerns the clash of two cultures and deals with the impact of the American myth – in the guise of a Hollywood film company on location in Peru – on the natives of a remote mountain village. A symbol of the American dream is the wrangler, known as Kansas (Dennis Hopper), who falls in love with a beautiful native, Maria (Stella Garcia), and chooses to leave the Hollywood company and remain behind in this lush setting dominated by nature.

The Last Movie is a mind-staggering experience in film that exposes and breaks down the traditional approach to screen entertainment, and in so doing results in a liberation of the audience.