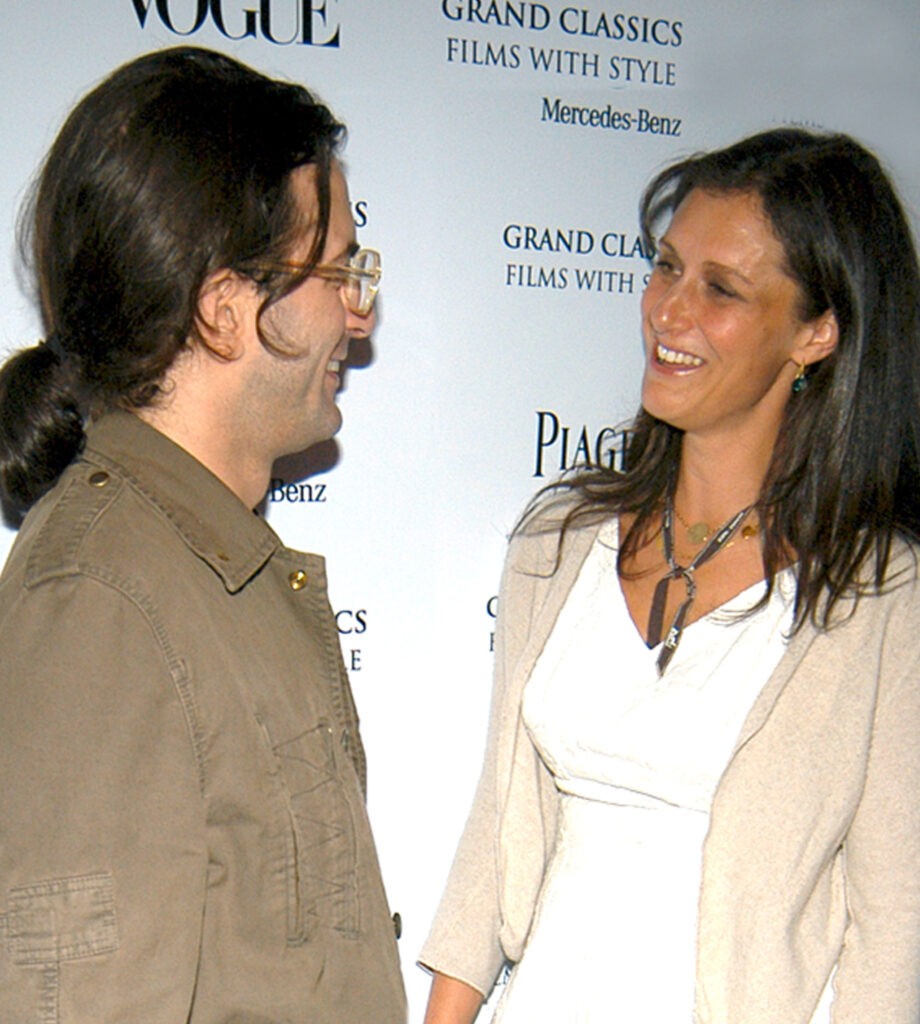 SINGER: “…. It’s really wonderful how desirable the clothes are from this film, which dates from the early 70’s and I think that’s because fashion’s endlessly recycling it most glamorous moments…. I for one haven’t really given Fassbinder any thought since the early 80’s….. there was a moment, you know, back in the 70’s and 80’s when most of what constituted chic art-house cinema was German. It was Fassbinder, it was Hertzog, and …. at that time it seemed very important to check in with what was happening philosophically, sociologically, culturally in Germany…. The one thing that hasn’t changed is that Petra was a designer, Marc is a designer and in some ways they are quite similar…. He’s been known to mix jeweled bodice with a bit of folkloric ribbon. He’s been known to… put a print with a kind of feather thing for day. But in other ways, he’s most assuredly not like her.”

JACOBS: “I assure you I am nothing like Petra von Kant. …. The first Fassbinder film I saw was not this Fassbinder film, but another one…. fast-forward to a few months ago really, and I was working on my fall collection again… And I went by John Currin and Rachel Feinstein’s house… He put in this movie, The Bitter Tears of Petra von Kant, and I was supposed to be over there for a quick visit then back to the office for more fittings. But I stayed a little while, watched the film, got back to the office and immediately asked one of our interns to go to Tower on DVD. We put in the DVD player and it remained in the DVD player, playing, for the next two weeks as we were preparing the show….. it became wallpaper in my office ….. We just had it on non-stop. Then I went to Paris and worked on the other collection I do, which is for Louis Vuitton. We also watched it, and then when it came time to prepare our new ads, and we sent the set designer the film to watch. And the photographers of the film to watch. And although the end result of my collection and the end result of the Louis Vuitton campaign don’t look directly inspired by it, it was this film that was …. my work for the past few months. So, I hope you enjoy it.”

The Bitter Tears of Petra Von Kant (1972), directed by Rainer Werner Fassbinder, is a film of unparalleled aesthetics which explores the tortured connections between desire and power. The film unfolds in five scenes, with extended uses of a single camera shot.

Petra von Kant (Margit Carstensen) is a successful, but arrogant, fashion designer who falls madly in love with a young and aspiring model, Karin (Hanna Schygulla). After Petra and Karin seal their relationship with a passionate kiss and Karin moves in, the film jumps forward to reveal their breakup and its shocking aftermath. Watching over, but never speaking, is the inscrutable Marianne (Irm Hermann), the secretary, maid, and co-designer whom Petra finds any opportunity to mistreat and humiliate.