“We were on the Champs Elysees and he got out of the taxi and the music started and he was walking down the street. And I had goose bumps which I still get when that moment happens. There was never anybody like Fred Astaire and there never will be.” 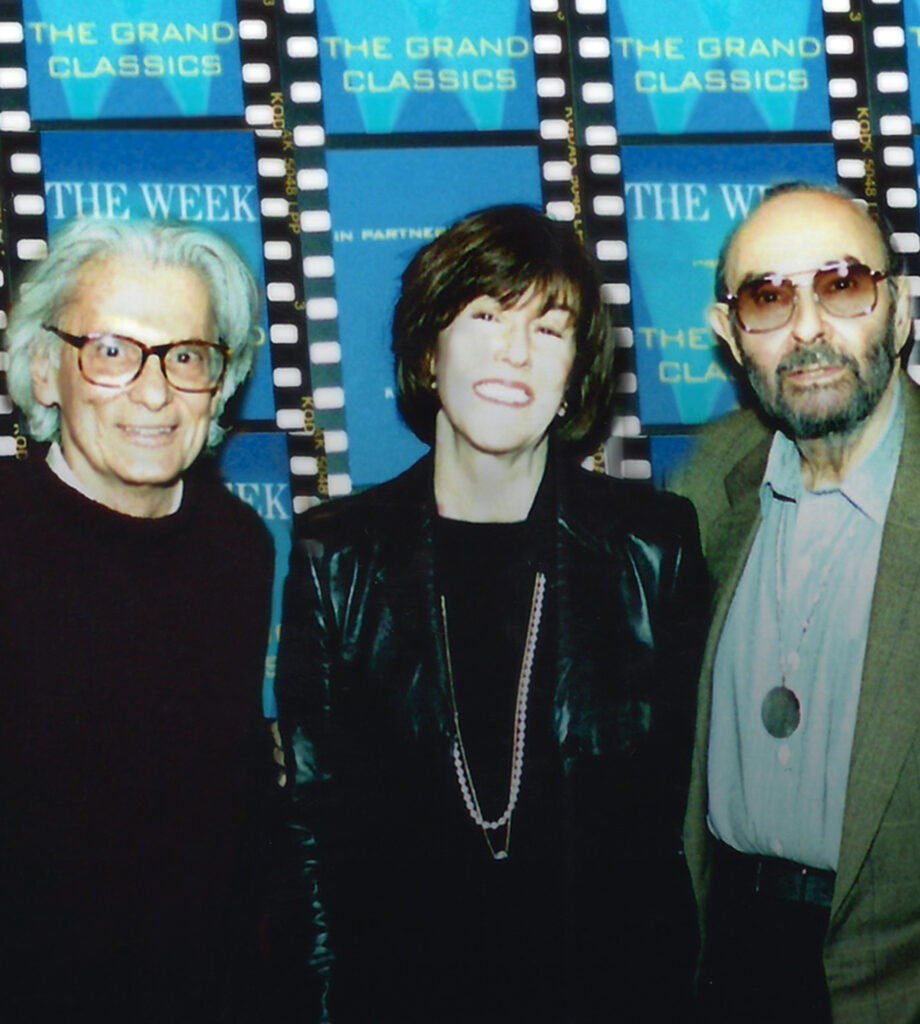 Comedy writer/director Nora Ephron introduced Stanley Donen’s Funny Face (1957). She was joined by the director himself, and was greatly surprised by Richard Avedon, the inspiration for Fred Astaire’s character in the film. It was a truly memorable evening.

EPHRON: The first movie that I ever saw in my life was called On the Town and I was I don’t know how old, 4 or 5 or 6, something like that and I went to see it and I loved the movie. My grandfather took me to it and when we came out of the movie there was a parade on Broadway. And it was the first parade I’d ever seen and I thought well that’s what happens when you go the movies – there’s a parade and everything is perfect….. And then years later I saw this movie that you’re about to see…. and it was such a revelation. ….when I saw Funny Face it was the first time I had seen a romantic comedy that didn’t star Doris Day….. Richard Avedon is here tonight! I can’t believe that he is here to see this movie that is inspired by him…. And designed partly by him and more exciting Stanley Donen is here!

EPHRON: ….How did this start? When did you get involved in it with one another?

DONEN: I actually knew Dick, we knew each other before we made this picture because I was a huge admirer of his. He of course didn’t know who the hell I was.

AVEDON: Seven Brides for Seven Brothers, Singing in the Rain: I knew who he was.

EPHRON: At what point were Fred Astaire and Audrey Hepburn involved in it?

DONEN: …. Fred Astaire is the whole reason that I have anything to do with movies or theater or anything. When I was 9 I saw Fred Astaire, the first time I’d seen him, in a movie called Flying Down to Rio and I didn’t know what it was but I knew I had to have something close to that. [Funny Face] is the first movie I made with Fred Astaire and that moment is the biggest excitement that I had. We were on the Champs Elysee and he got out of the taxi and the music started and he was walking down the street. And I had goose bumps which I still get when that moment happens. There was never anybody like Fred Astaire and there never will be. He was the best and everybody else pales beside him.

AVEDON: …. all the men of our generation. The ugly guys, the little guys all wanted to grow up and be Fred Astaire. He wasn’t handsome and he made love with his feet and he got the girl!

“We were on the Champs Elysees and he got out of the taxi and the music started and he was walking down the street. And I had goose bumps which I still get when that moment happens. There was never anybody like Fred Astaire and there never will be.”

Funny Face (1957) is a spin on the Pygmalion/Galatea myth set in the world of high fashion. A fashion editor and one of her top photographers, looking for a fresh face to grace the pages of their magazine, discover an alluring, intellectual bohemian, Jo Stockton (Audrey Hepburn) in a Greenwich Village bookstore. Fred Astaire plays famed photographer Richard Avery (modeled on Richard Avedon – whose fashion photography provided the look for the film) and Kay Thompson portrays Maggie Prescott a powerful magazine editor. They see something out of the ordinary in Jo’s “funny face,” and together lure her to Paris, where she enchants both the philosopher she admires as well as the photographer, Richard Avery.

Funny Face is directed by Stanley Donen, the director of such all time classics as Charade and Two for the Road, also starring Audrey Hepburn, and Singin’ in the Rain starring Gene Kelly. Funny Face received 4 Academy Award nominations, including Best Screenplay and Best Cinematography.