“Line after line ring out in the most fantastic style… I can still hear my dad say to me, “I shot an arrow into the air, she came to rest in Berkley Square…” 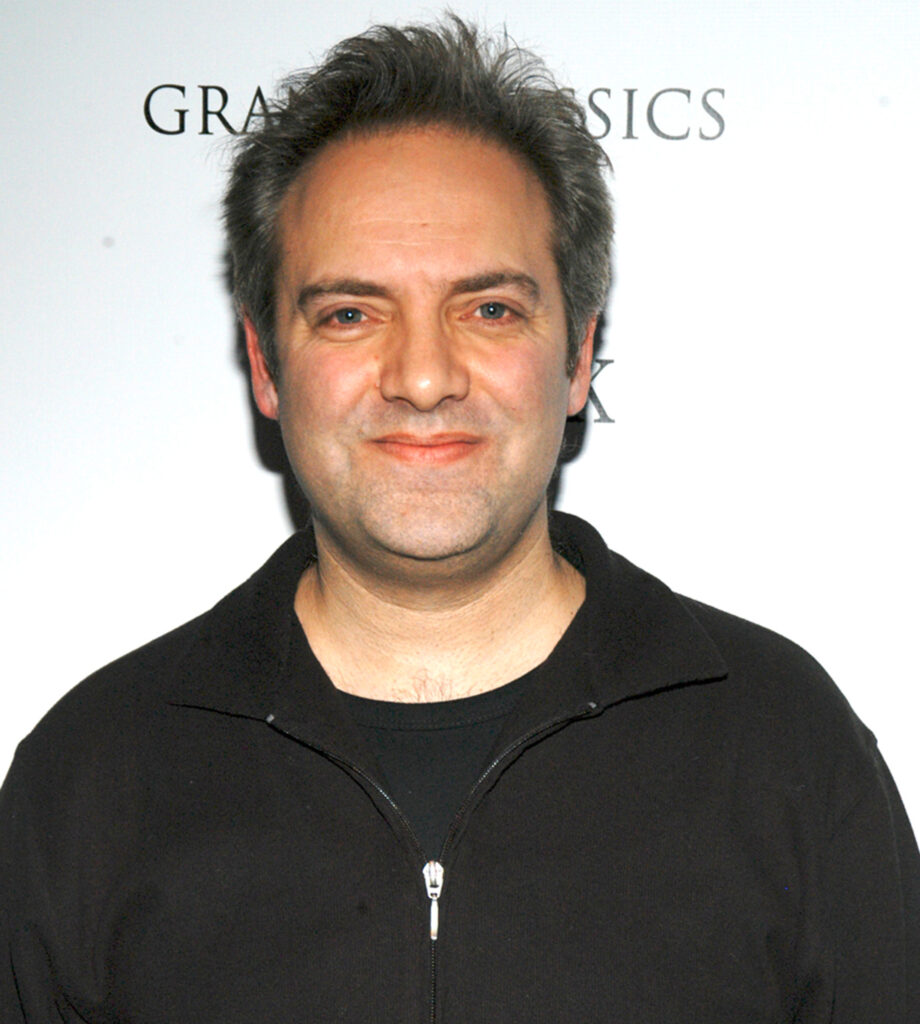 Sam Mendes: “When I was asked to do [Grand Classics]… I could choose from, like 17 million movies, and this is the one that sprang to mind first. Partly because when I was a kid, this was a movie my dad showed me… and I remember very clearly him quoting lines from the film to me or, as he was known to do, talking along with the film in an incredibly annoying way while I was watching it. It stuck with me, the film, even though I saw it when I was very young. In my mind… it is probably one of the two or three greatest comedies committed to celluloid. It is certainly, in my opinion, the greatest English movie comedy and it’s a comedy about a serial killer, which, these days would seem to be a bit eccentric. It’s also a comedy about rebellion – a deeply cynical and amoral view of humankind and yet it is gloriously funny and incredibly memorable… this is and remains probably the greatest piece of dramatic literature that was a screenplay. To me, the script is worthy of Oscar Wilde. Line after line ring out in the most fantastic style… I can still hear my dad say to me, “I shot an arrow into the air, she came to rest in Berkley Square…”

“Line after line ring out in the most fantastic style… I can still hear my dad say to me, “I shot an arrow into the air, she came to rest in Berkley Square…”

Directed by Robert Hamer, Kind Hearts and Coronets is a 1949 comedy which brilliantly taps an element of black humor that was largely neglected in British films since Hitchcock. The title is a quotation from Tennyson’s 1842 poem Lady Clara Vere de Vere, which declare that “Kind hearts are more than coronets, and simple faith than Norman blood.”

Louis Mazzini (Dennis Price) is the son of a woman rejected by her noble family for eloping with an Italian opera singer. Impoverished and disillusioned, she ensured that Louis grew up knowledgeable of his ancestry. When his mother is fatally injured in an accident, her last wish is to be buried in the D’Ascoyne family vault. When this wish is dismissed by the Duke, Louis vows revenge on the remaining D’Ascoynes, developing a vindictive plan to murder the eight relatives (all played by Alec Guinness) who are ahead of him in line for the title.

Kind Hearts and Coronets is considered one of the best films made by Ealing Studios and can be found on the Time magazine top 100 list as well as on the BFI Top 100 British films list. It was nominated for a BAFTA as Best British Film in 1950.